The Evolution of Multifamily in Europe

Recently CBRE held the European Investor Conference in Portugal. Marie Hunt, CBREs Head of Research, Ireland, was one of the presenters. She talked about the evolution of Multifamily in Europe. In this guest article Marie shares the highlights from her presentation.

By 2030, 60% of people globally will live in cities. Within these cities, there will be a greater concentration of residential and a greater mix of housing choices and tenures including multifamily. In the last few years, we have witnessed a notable shift, with ‘the living sector’ now one of Europe’s most important asset classes following the trend in the US where multifamily is well established. We have seen a secular shift towards institutional investment in the sector. By 2030, CBRE expect that multifamily will account for one fifth of global real estate investment.

Multifamily in the US and Europe

Multifamily is already well established in the US having grown significantly as an investment asset class in its own right since the 1980’s and is a sector that CBRE have been dominant in for the last three decades. Interestingly, it took almost 35 years for the build-to-rent sector (BTR) to reach 25% market share of investment in US, reaching €148 billion in spend in 2018. The progression in EMEA has been considerably faster. Multifamily in a European context started only about a decade ago by comparison but has grown at a fast pace. Indeed, the volume of spend on investment in residential in Europe has increased by a factor of 10 within a decade, from approximately €5 billion in 2009 to over €54 billion in 2018.

Multifamily is now the second largest sector for real estate investment in Europe after offices, accounting for more than 18% of spend in Europe in 2018. The impact is even more profound when you look at individual countries, with residential growing to 30% of investment spend in the UK in 2018 and 43% of spend in Ireland in first half of 2019, despite only emerging as a sector in 2012.

So, is this a sign of things to come? Is multifamily going to overtake more traditional sectors in the EMEA investment market such as offices and retail?

In the US, residential investment last year comfortably exceeded the spend on offices and despite the notable growth in Europe in the last few years in particular, offices remain the most dominant sector by a considerable margin.

In the space of a decade, the proportion of people renting as opposed to owning their own homes has changed dramatically as a greater proportion of households opt to rent. The share renting has grown steadily at the expense of homeownership as lifestyle choices have changed. While homeownership is declining, the proportion of people renting is increasing with a fifth of all households in Europe now renting their accommodation. Obviously, this is considerably higher in major cities. 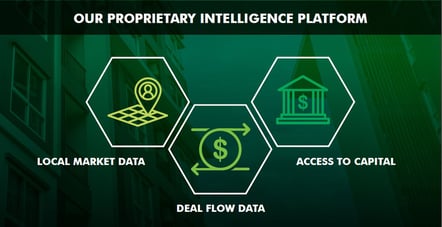 Investors are attracted to the residential sector because over the long term, multifamily has proven itself to be one of the most stable and best performing asset classes. This is clearly very compelling for investors. The sector demonstrates defensive counter-cyclical characteristics that are particularly appealing at this point in the cycle. The income is annuity-type income that is stable offering long-term inflation linked returns. Vacancy tends to be lower than in other sectors and risk-adjusted returns are favorable compared to other sectors.

Governments are for the most part supportive of the development of multifamily stock as it has a role to play in easing supply pressures, but many are struggling to establish the best route to increasing supply efficiently and sustainably. The biggest concern for investors in this sector is the threat of increased Government intervention and regulation.This can have very significant implications on delivery costs and investor returns, as was evident from recent proposals to impose rent control in the Berlin market for example. Investors quite rightly worry about ‘stroke of a pen’ regulatory changes which however well-intentioned can have unintended consequences.

Multifamily living is here to stay and will increasingly form part of mixed-use schemes the world over. Multifamily is now a mainstream institutional investment sector. This is not a short-term trend but a fundamental shift. 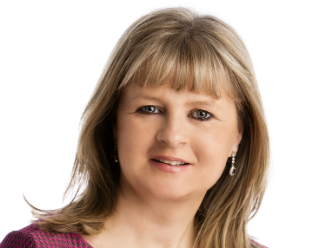